As famously said by Greg Anderson, “Focus on the Journey not the destination.  Joy is found not finishing an activity, but doing it.”  This quote can be incorporated just about anywhere.  Our lives, stories, and so on and so on.  However, in my English Class, we just finished watching the movie “Rocky” and so I will talk about how the two are related.  And since we are on the topic of sports, what would get you better results, Talent or Training?  Is there some sort of gene that makes you more athletic than others.

To start off, lets talk about the movie, “Rocky”.  It stars a local town club boxer, who is a bit under appreciated, and doesn’t have much in his life.  That all changes when he is offered to fight  Apollo Creed for a championship title.  Along the way, he gets in shape, gets in a relationship with a girl (who had always tried to “woo” in a pet shop), and learned what is really important.  He was the underdog and was considered a “nobody” but rose up to the occasion and although he didn’t win the fight, he learned many things along the way.

This is where the quote comes in, Rocky didn’t win the fight and didn’t get the championship, but when he was training for the fight he improved his life.  In an iconic scene he ran around town to exercise early in the morning in an epic montage and ran up stairs to symbolize his change in character and his new sense of accomplishment of completing grueling training.

Another thing he learned, was finally what love is.  He bonded with Adrian, the girl from the pet shop, and he finally learned how important love is, and how important the relationship with her was.“I dunno, she’s got gaps, I got gaps, together we fill gaps.” was a what Rocky said when asked about his relationship.  When he lost the fight with Apollo Creed, the first thing he did was look for Adrian in the crowd of hundreds of people.  This was really powerful and again, showed Rocky learned a thing of two about love in his journey to fight the champ.

Okay, that is great and all, but what does Science have to do with any of this?  Well fear not, because now we can discuss the differences between natural talent and training.  Which one would do you better, would you rather have pure skill?  Or would training be able to out pace talent?  Well as it turns out talent is a pretty big advantage when it comes to just about anything competitive.  Yes extensive training can help us hone and enhance our skills, but everyone starts at different places.  Our base skill, and the rate at which we can improve is all genetic. 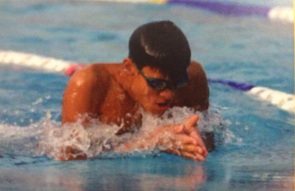 50% of athletic improvement was a result from genes in our bodies, and certain genes contribute to that.  For example, people with bigger blood vessels can become long distance athletes easier because their bodies can transport a lager quantity of blood around the body, and deliver nutrients and oxygen.   It is likely that if your parents were athletes and were capable of improving their performance, so can you.

Don’t be too discouraged though, just find some sport you like and just go for it.  Even if you don’t consider yourself that good at sports, hard work, training, and dedication will get you much further than you may imagine.

So do you have what it takes to be an athlete? Go out and try, because you never know, we all have the potential.